Fundamentals Will Trump Bullish Sentiment Over The Long-Term 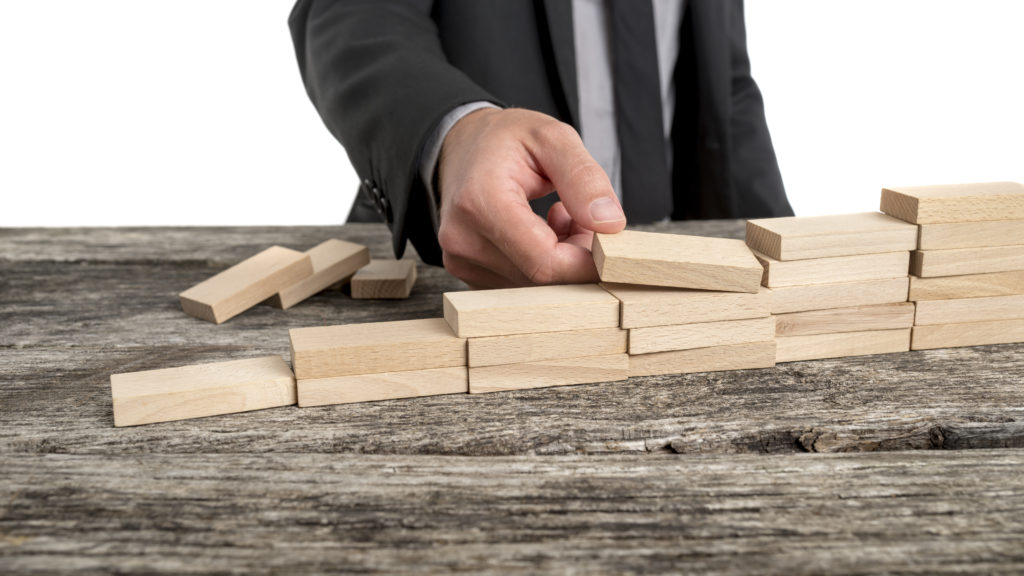 “Get the fundamentals down and the level
of everything you do will rise.”
– Michael Jordan

The stock market has been ripping upwards ever since the U.S. election on November 9th, with investors pouring more than $100 billion into U.S. equity ETFs during the last two months of 2016. As stocks continued to rise into the close of 2016, several bullish Trump-centric investing narratives have been put forth to explain the increase in animal spirits behind this rally. These narratives, we believe, are overly optimistic and incorrectly dismissive of several important fundamental factors that are likely to stand in the way of strong U.S. stock market returns during the intermediate period ahead.

Before discussing the challenging economic fundamentals facing investors, let us first review the bullish stock market narrative we would like to dispel. The financial press, always ready to explain a stock market rally, eagerly suggests that “it’s time to buy U.S. stocks because…”

These narratives, in our view, may be misleading and potentially harmful for an investor’s long-term financial health.

In light of the recent stock market rally and a considerable increase in political and economic uncertainty since the election, we think that it is as important as ever for investors to “get the fundamentals down.” With that goal in mind, we offer several counter-points for consideration: 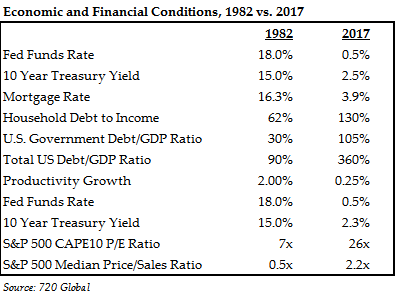 Despite the short-term revival of investors’ animal spirits since the election, we would suggest that long-term investors ignore the noise of the short-term market rally and pay closer attention to the long-term fundamentals which will have a more important influence on long-term investment returns. U.S. stock market valuations are elevated, while interest rates are historically low. High levels of debt continue to create a burden on many sectors of the global economy, and an increase in interest rates have only worsened this burden. Global trade has been declining, and there is the risk that developed counties either back away from globalization or inadvertently stumble into a trade war. We expect that idiosyncratic investment opportunities will continue to surface; nevertheless, now is a time to maintain investment discipline, in our view.

Renowned value investor, Benjamin Graham, once said that, “In the short run, the market is a voting machine but, in the long run, it is a weighing machine.” Truer words have never been spoken. After U.S. voters finished voting at the ballot box, investors have been voting with their capital, driving up already-expensive U.S. share prices, at least for now. In the long-term, we expect the factors described in this letter will likely weigh on U.S. equities, resulting in sub-par broad stock market returns over the intermediate period ahead.

During the recent market upturn, we have generally been trimming U.S. equity positions and selling U.S. stocks that have appreciated above our estimates of intrinsic value. Should U.S. stocks continue to rise, we expect to take advantage of additional selling opportunities and park the proceeds in cash or short-term bonds. While attractive investment opportunities in U.S. stocks currently appear to be few and far between, foreign stock valuations are generally more attractive. We are busy researching companies and preparing a shopping list for both foreign and domestic investment opportunities, readying ourselves for the time when the current climate of political and economic uncertainty spreads to the stock market.

With regards to fixed income investments, we think prudence is warranted here as well. Treasury bond yields are moderately more attractive compared to the record low yields reached in the summer of 2016, but corporate credit spreads continue to compress further, which means that corporate bond investors are presently being paid insufficiently for taking on corporate credit risk. Until corporate credit spreads widen, we are buying the fixed income issues of companies with better than average credit quality. As it is with the stock market, and with a nod to Warren Buffet’s famous quote, we believe that now is a time to be more fearful rather than greedy. When Mr. Market inevitably becomes more fearful, we expect to become aggressive buyers once again.

With 2016 behind us and 2017 just beginning, we want to take this opportunity to wish our clients and their families a happy, healthy, and prosperous New Year. We thank you for your long-term commitment to our investment philosophy, our investment approach, and our investment team. We are only able to make the strategic decisions discussed in this letter because we have clients, like you, with patience and a long-term outlook. This support allows us to act and invest with prudence and discipline during markets that can sometimes be difficult to comprehend.

This commentary is prepared by Pekin Singer Strauss Asset Management (“Pekin Singer”) for informational purposes only and is not intended as an offer or solicitation for the purchase or sale of any security. The information contained herein is neither investment advice nor a legal opinion. The views expressed are those of the authors as of the date of publication of this report, and are subject to change at any time due to changes in market or economic conditions. Although information has been obtained from and is based upon sources Pekin Singer believes to be reliable, we do not guarantee its accuracy. There are no assurances that any predicted results will actually occur. Past performance is no guarantee of future results. The S&P 500 Index measures an index of 500 stocks chosen for market size, liquidity and industry grouping, among other factors.