Is The Current Inflation Going To Be Transitory Or Persistent? 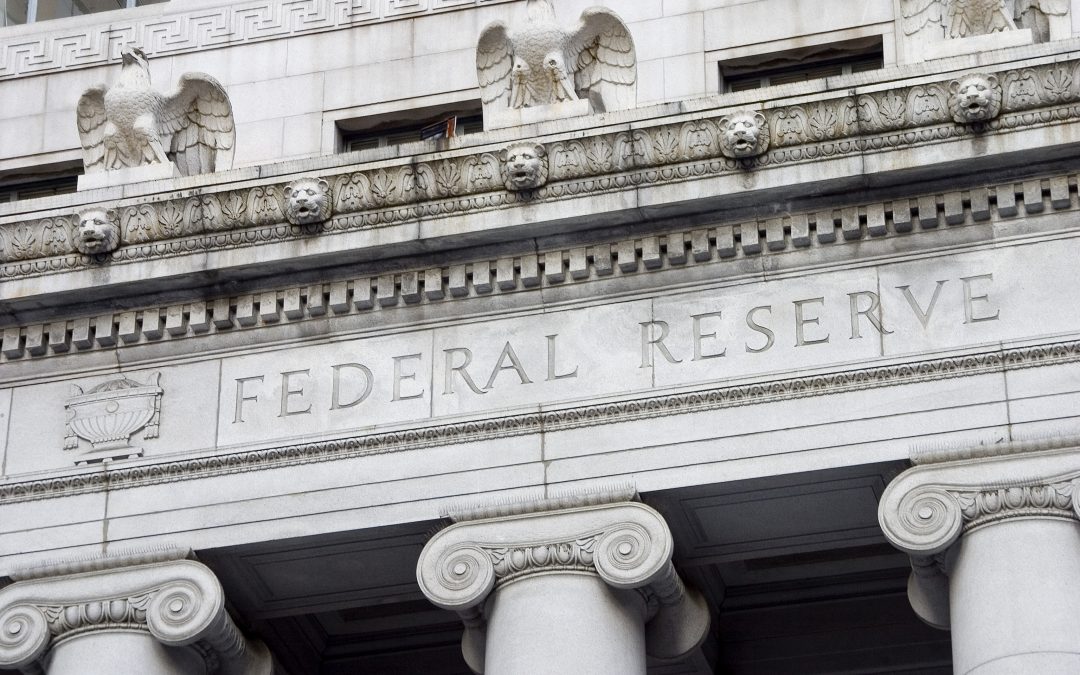 “Most of the recent rise in inflation appears likely to be transitory,
and FOMC [Federal Open Market Committee] participants
expected inflation to subside in coming quarters
to rates at or below the level of two percent or a bit less.”

In July 2011, when Chairman Ben Bernanke provided this testimony to Congress, accelerating inflation was on everyone’s minds. Oil prices had risen to above $110 per barrel during the first half of the year, and the cost of filling up a car tank with gasoline had doubled from what it had been just two years earlier. Food prices were rising sharply and served as a catalyst for a series of revolutions across the Middle East, now known as the Arab Spring. The year-over-year increase in the consumer price index (“CPI”) reached as high as 3.9%, which was well above the Federal Reserve’s long-term inflation target of 2% per year. The inflation worries of both investors and consumers were driven by the increase in prices and the Federal Reserve’s ongoing purchases of U.S. Treasuries and mortgage-backed securities, which many (including ourselves) perceived to be inflationary. 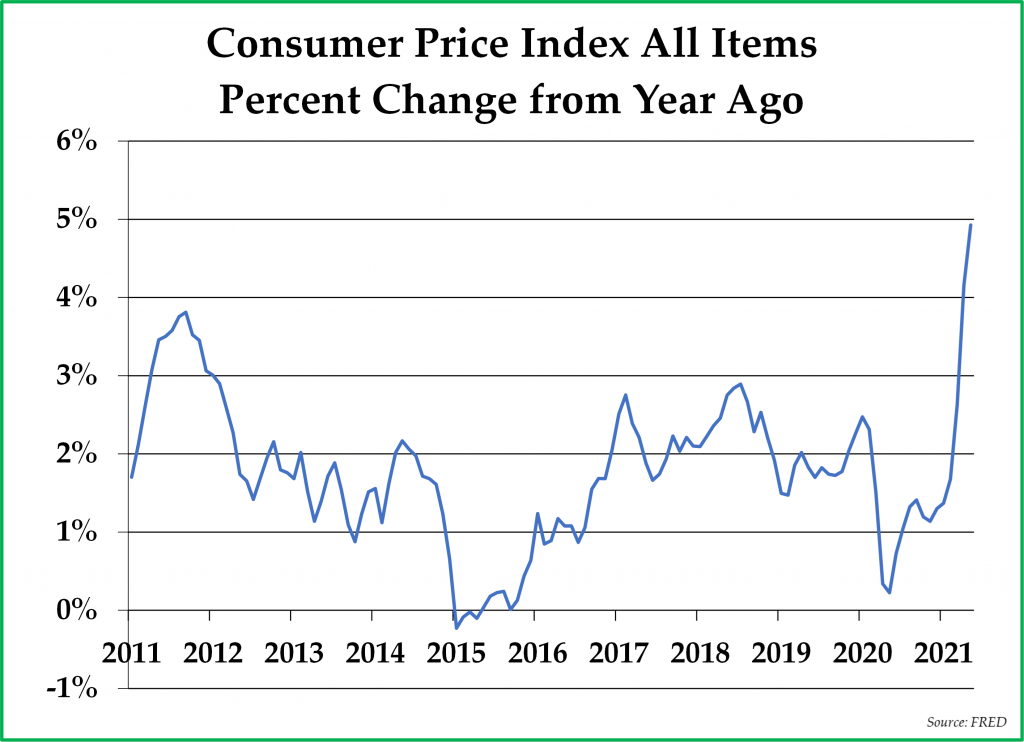 Today, oil prices are rising again along with food prices, and the year-over-year increase in the CPI reached 5.0% in May, while the producer price (“PPI”) index increase was 6.6%. With this most recent inflation data, Federal Reserve Chairman Jay Powell finally acknowledged that the current inflationary impulse has been stronger than the Fed had previously expected while, at the same time, continuing to insist that it is transitory.

In retrospect, Chairman Bernanke’s 2011 call for inflation to be transitory was absolutely correct. Between 2012 and 2016, the year-over-year increase in consumer prices ranged from 0% to 2%. Will Chairman Powell, describing today’s inflation impulse as transitory, also turn out to be correct?

Inflation: Transitory or Longer-Lasting?
The arguments for inflation being transitory seem reasonable enough. First, today’s excessive debt levels are inherently deflationary as cash flows must be diverted from investment and consumption, which drive economic growth, towards servicing debts. Second, the current inflationary impulse could be driven by temporary pandemic-related supply chain breakdowns that may soon be fixed. Third, the Federal Reserve is once again using the same monetary stimulus playbook (buying U.S. Treasuries and agency mortgages) that turned out to produce transitory inflation in 2011. Fourth, the economy should continue to benefit from technological innovation, which is inherently deflationary. These are reasonable points, but our view is that the inflationary forces should continue to outweigh these factors.

One of the difficulties with the debate about whether inflation is transitory is that the time frame in question generally remains undefined: how long would “transitory” inflation last? We agree that the CPI may be peaking for this year; however, we expect the inflation rate as measured by the CPI in the second half of the year to remain persistently above 4%. While acknowledging that the CPI will fluctuate in the short-term depending on the business cycle, fiscal spending, and currency exchange rates, we would argue that inflation should remain above 3% on average over the next five years. Despite the disinflationary arguments mentioned above, we expect inflation to persist over the intermediate-term for the following reasons: