What Does a Chicago Bankruptcy or an Illinois Bankruptcy End Game Look Like? 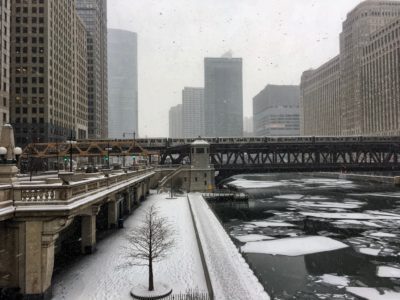 “How did you go bankrupt?’” Bill asked.
“Two ways,” Mike said. “Gradually and then suddenly.”

Chicago and Illinois are in dire financial straits as a result of decades of financial mismanagement. While not yet technically bankrupt, Chicago and Illinois are headed into a bankruptcy-like restructuring of their financial obligations at some point within ten years. I have formed this opinion without any inside knowledge of Chicago or Illinois politics. My view is based on math and an understanding of the power of compound interest.

What Happens to Chicago as it Approaches the End of the Road?

If you are a saver and an investor, the law of compound interest is a wondrous phenomenon. With compound interest, your net worth grows over time as you generate income on your invested capital which you can then reinvest to generate even more income.  It’s particularly important to save early in your life, so that time and the compound interest has more time to grow before your retirement.

After many years, the debt level and pension obligations of Chicago and Illinois have already become so large that there is I don’t believe there’s any way out, short of a miracle (such as a Federal bailout).  Moreover, as time goes on, these liabilities will continue to compound and grow larger, making the cost of an ultimate resolution even larger for all stakeholders involved.

For Illinois, the state currently had $28 billion in general obligation (GO) bonds, $15 billion of unpaid bills, and, most importantly, an unfunded pension liability which grew to $133.5 billion on June 30, 2018. Governor Pritzker recently signed a budget law which is supposedly balanced, but the budget balances only by shortchanging Illinois pensioners by avoiding an actuarial $4.9 billion pension payment.

Illinois currently has a credit rating just above junk. Reflecting the decline in the financial position of the state, Illinois has been downgraded 21 times since 2009.  This makes it more difficult and more expensive for Illinois to issue debt.  Moreover, there’s an increasing risk that eventually the bond market will decide that Illinois isn’t worth financing at any price that the state can afford.

Unlike Illinois, Chicago’s bonds are already junk rated (Ba1) by Moody’s. Relatedly, the deep junk bonds of the Chicago Board of Education, are rated B2.  The pension systems of Chicago and the Chicago Public School system are also deeply underfunded, by $42 billion.

As a result of these increasingly costly obligations, a larger and larger share of the budget for both the state of Illinois and the city of Chicago are going towards pension payments.  For example, according to Illinois Policy Institute, Illinois pension expenses have risen from 4% of the budget in 1990 to 27% in 2018. This is why taxes are rising at the same time that services are declining.

Here is how the vicious cycle is currently working:

It’s obviously not a pretty picture. It’s easy to blame current politicians for the current mess, but the truth is that everyone is doing their best to sort through a bleak and impossible-to-fix financial mess.

How Are You Going to be Affected by This?

The fiscal quagmires in Chicago and Illinois will cause significant problems for many people:

In short, this is a problem will directly or indirectly affect many people.

The comparison between Illinois and Greece is not an altogether bad one.  For both Illinois and Greece, financial insolvency is eroding civic life in both places.  In some ways, Greece is actually better positioned than Chicago, because Greece owns a couple of ports which are strategically located in the Mediterranean Sea and coveted by China.  Earlier this year, Greece recently sold the Port of Piraeus to China to raise much-needed funds.  Chicago has Navy Pier and Oak Street Beach, which are both great places, but China couldn’t care less about them. 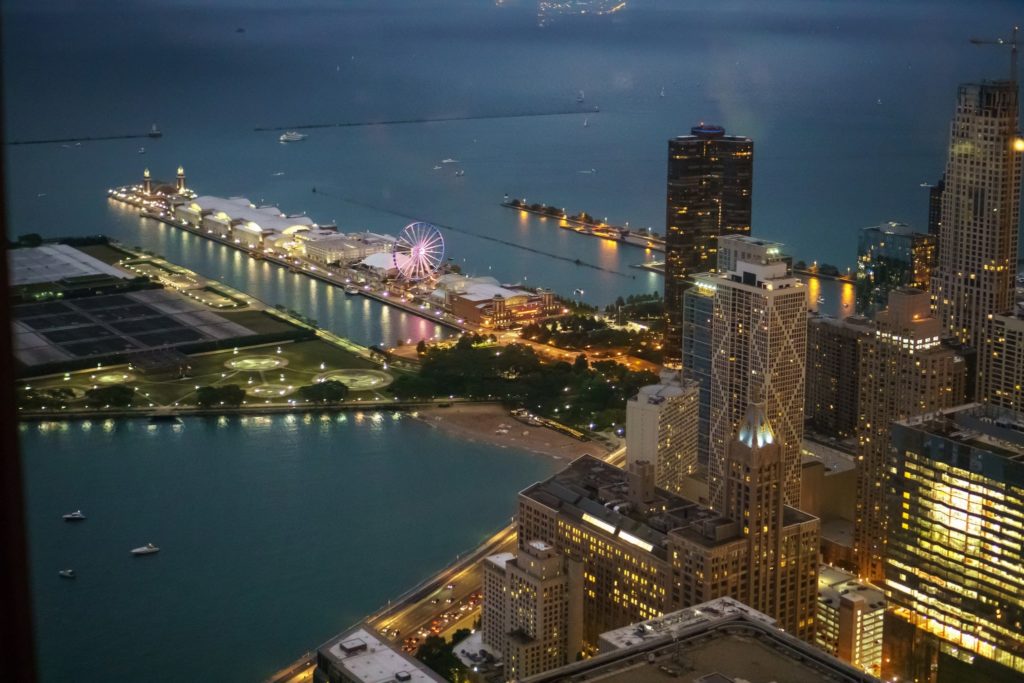 A Framework for Interpreting Future Events as they Unfold

As the finances of Chicago and Illinois continue to worsen at an accelerating pace, it’s important to keep the following five ideas in mind:

#1: Illinois and Chicago policymakers will do their best to kick the can down the road to delay a reckoning.  Politicians do not want to see a bankruptcy on their watch.  Instead, they will continue to provide band-aids, hoping that they will be out of office by the time a default happens.  I don’t believe politicians ever choose to make unpopular decisions until outside forces force the issue, and all of the choices they currently face are unpopular ones.

#4: There’s a reasonably good chance for a Federal bailout.  The Federal Reserve does not want to create financial instability because the U.S. economy is just too fragile to handle it.  To provide financial stability, the Federal Reserve has already provided capital to support or bail out banks, the housing market, stocks, bonds, and mortgage-backed securities during the past decade.  The municipal bond market is an enormous, $3.7 trillion market, and, according to Bloomberg, the municipal pension under funding situation nationwide is approaching $2 trillion. These figures are easily large enough to get the attention of Congress, the Federal Reserve, and President Trump.

#5: If a default occurs, expect a wealth transfer from creditors to debtors.  Investors in Chicago municipal bonds and Illinois municipal bonds, who are typically high net worth individuals in the highest income tax bracket, will see steep haircuts on their investment principal if a default occurs. Pensioners, which include middle-class retirees, many of whom used to be teachers, policemen, and firemen, should fare much better.

What is the Likely Catalyst for a Chicago Bankruptcy or an Illinois Bankruptcy?

As long as investors are willing to buy the municipal bonds issued by Chicago and Illinois, the dance will continue as the level of financial distress slowly worsens.  To use Hemingway’s terminology, Chicago and Illinois are still in the gradual phase of becoming bankrupt.

The sudden phase of bankruptcy, in all likelihood, occurs when one or more of the following occurs:

How Does this Affect Your Financial Situation?

I don’t know what your individual financial situation is, so it’s impossible for me to provide specific personalized financial advice.  However, I will provide make some general comments.

Have you factored the fiscal problems of Illinois and Chicago into your financial plan?  Please do not hesitate to reach out to us to discuss.

This information is prepared by Pekin Hardy Strauss, Inc. (Pekin Hardy) for informational purposes only and is not intended as an offer or solicitation for business.  The views expressed are those of the author as of the date of publication of this report, and are subject to change at any time due to changes in market or economic conditions. The information and data in this article does not constitute legal, tax, accounting, investment or other professional advice. Pekin Hardy cannot assure that the strategies discussed herein will outperform any other investment strategy in the future, there are no assurances that any predicted results will actually occur.