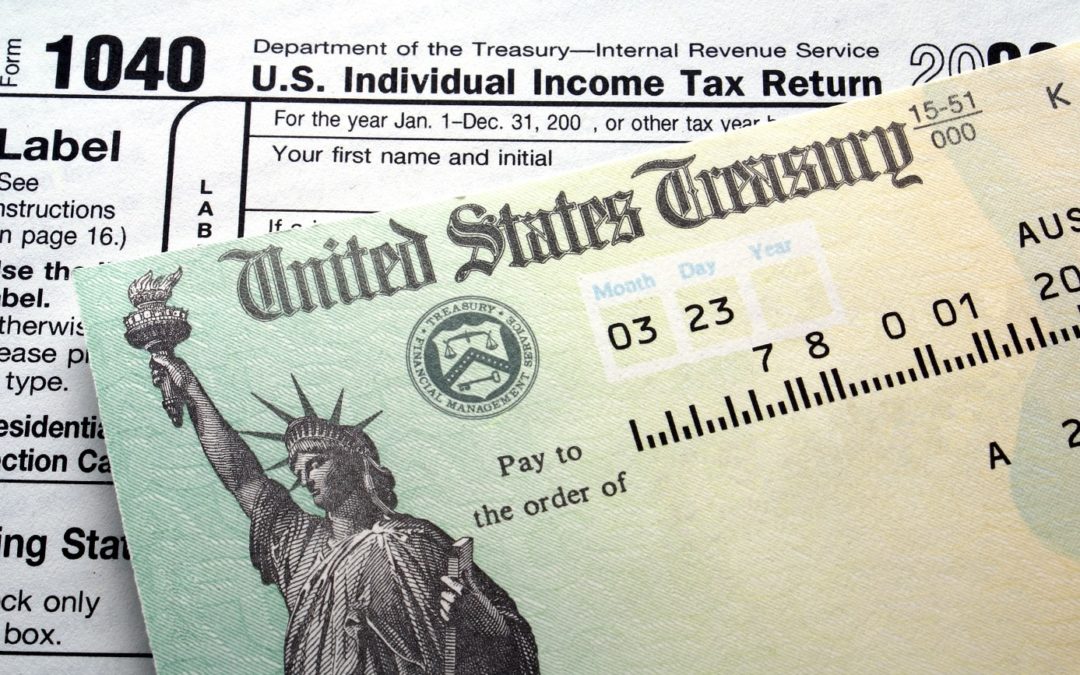 Minimizing taxes is important in building and protecting wealth over the long-term.  However, navigating the highly complex and ever-changing tax code is not an easy task.  The Tax Cuts & Jobs Act (often referred to as the “Trump Tax Cuts”) included a number of changes to the Federal tax code that will have a material impact on many Americans. You should understand these changes and be aware of tax strategies that could reduce your taxes under this new act.  Accordingly, the purpose of this Navigator is to help readers make sense of some of the new tax rules associated with the TCJA and to discuss certain strategies that may help taxpayers minimize their tax burdens under these new rules.

In December of 2017, Congress passed the most sweeping tax reform bill in more than three decades. Officially known as the Tax Cuts & Jobs Act (TCJA, or The Act), the new legislation is complex and affects individuals and businesses in varying ways. Many of the changes affect corporations or small numbers of taxpayers with unique circumstances, so we will not focus our attention on those changes.  Instead, we focus below on the major changes that are likely to affect a larger percentage of individual taxpayers. 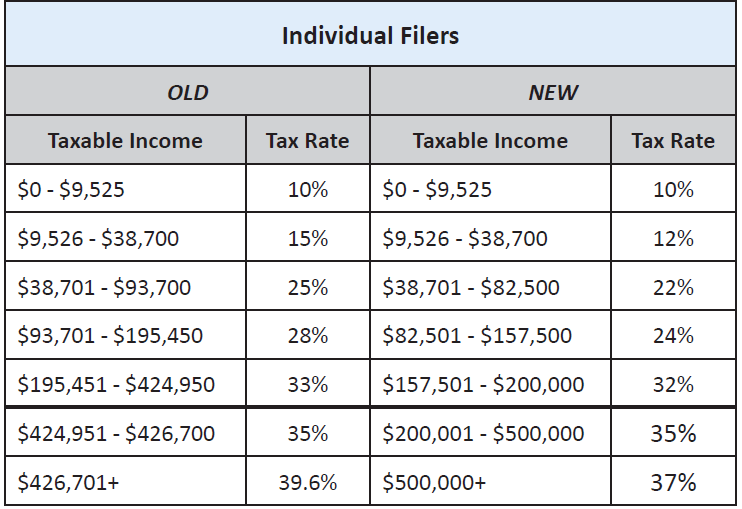 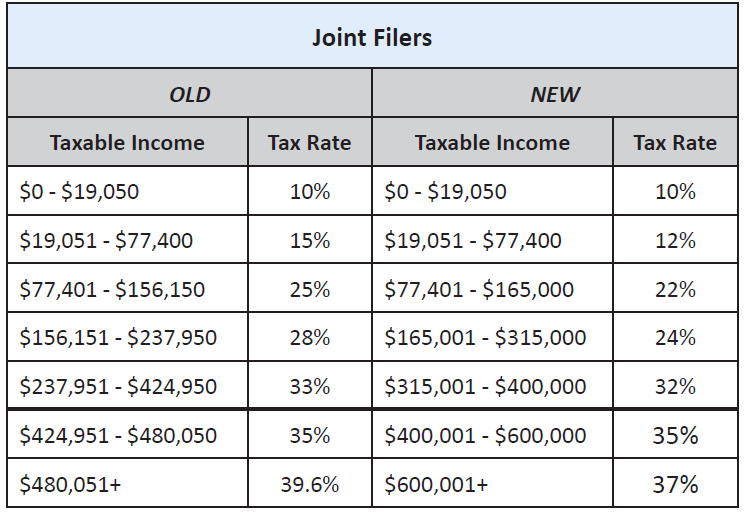 Given the rule changes listed above, as well as other changes included in the  TCJA, there are a number of strategies that taxpayers may employ to minimize their tax burdens. Below are five strategies that readers may want to consider, depending on their own personal tax circumstances.

Strategy 1:
Contribute to a Donor-Advised Fund

Strategy 2:
Pay Off Home Equity Loans or Lines of Credit

Prior to the passing of the TCJA, interest on home equity loans and lines of credit were tax-deductible up to the $100,000 debt limit, no matter the use of the proceeds. This made HELOCs a very versatile and cost-effective source of credit for many people. However, interest on home equity indebtedness (loans or lines of credit) is now only deductible if the proceeds of the indebtedness are used to “substantially improve” the home securing the debt. This means that interest on home equity debt used to pay for personal expenses, college tuition or a vacation can no longer be deducted on one’s taxes. However, if the home equity debt is used to pay for home addition or a kitchen renovation, for example, then the interest can still be deducted.

This is an important change for many taxpayers, as home equity debt is often used as a low-cost source of funding for large purchases, education expenses, and other purposes unrelated to home improvement. Accordingly, you may want to consider paying off home equity debt that was used to fund anything other than home improvements, as the cost of this funding is now materially greater than it was prior to the passing of the TCJA.

Strategy 3:
Use 529 Plan Assets to Pay for Elementary or Secondary School

Previously, investment earnings in 529 plans could only be withdrawn tax-free if used for qualified education expenses at colleges, universities, vocational schools or other postsecondary institutions as specified by the Department of Education. Under the TCJA, however, the list of qualified schools has now been expanded to include elementary and secondary public, private, or religious schools, up to an annual limit of $10,000. This means that families may withdraw up to $10,000 per year per student from 529 plans without penalty in order to cover education costs for children in elementary, middle or high school. However, the deductibility from state taxes of 529 plan contributions that are then used for elementary or secondary school varies based on the regulations of each state.

The tax-saving benefits of living in a state with low income and property taxes are obvious at the state level, but the TCJA makes it even more attractive to live in a low-tax location because of the cap on deductibility of state and local taxes (SALT) at the Federal level. The cap on SALT effectively punishes taxpayers who live in high tax states and/ or municipalities, as many of these taxpayers will be unable to fully deduct their state and local taxes from their Federal taxes, resulting in a larger Federal tax burden than under previous rules.

Prior to the passing of the TCJA, taxpayers were able to deduct from their Federal taxes all state and local income taxes and property taxes, no matter the amount. Under the new rules, however, many taxpayers are only able to deduct a portion of those taxes, as the $10,000 cap is far below the total that many taxpayers hand over to state and local tax authorities. Taxpayers living in states that do not levy state income taxes may still deduct sales taxes and property taxes that they paid throughout the year on their Federal tax return up to $10,000.4

While picking up and moving to another city and/or state to take advantage of lower taxes is clearly not feasible or desirable for many people, it could be a powerful tax-saving strategy for some. That being said, it is almost guaranteed that legislators will change the tax code many times in the future; moving locations based on the deductibility of SALT at the Federal level alone may end up providing just a short- term benefit.

Obviously, the strategies discussed above are far from exhaustive. The Federal tax code is a vast maze of rules, often with multiple interpretations, loopholes, and restrictions. The tax-minimization strategies that are best for you will depend on your unique situation, and you should discuss any potential strategies with a tax professional. Our goal in addressing this topic is simply to help readers better understand some of the more important changes that were implemented with the passing of the Tax Cuts & Jobs Act and suggest some simple strategies that may help you reduce your tax burden in this new tax paradigm. If you would like to discuss these or any other tax strategies, please call or email us.

1  Taxpayers who file under other statuses should refer to the IRS website for updated tax bracket information.
https://www.irs.com/articles/2018-federal-tax-rates-personal-exemptionsand-standard-deductions

2  Qualified residence acquisition indebtedness refers to a mortgage that is secured by a primary or secondary residence.

3  Mortgages obtained prior to this date are “grandfathered” and remain subject to the previous limits.

This article is prepared by Pekin Hardy Strauss, Inc. (“Pekin Hardy”, dba Pekin Hardy Strauss Wealth Management) for informational purposes only. The information and data in this article do not constitute legal, tax, accounting, investment or other professional advice. The views expressed are those of the author(s) as of the date of publication of this report and are subject to change at any time due to changes in the market or economic conditions. Pekin Hardy cannot assure that the strategies discussed herein will outperform any other investment strategy in the future, there are no assurances that any predicted results will actually occur.